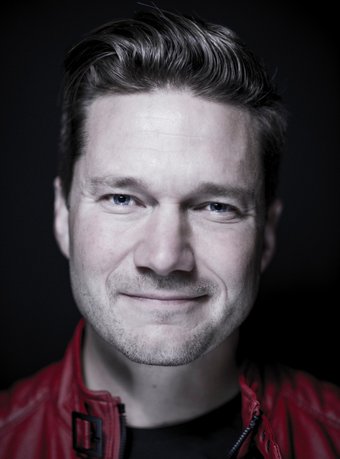 This swedish singer started his professional career at the age of 19 playing the part of Joseph in the first Swedish production of Andrew Lloyd Webber ́s new version of Joseph and the Amazing Technicolor Dreamcoat. Since then John Martin has starred in musicals such as Evita, La Cage aux Folles,West Side Story and Copacabana. He has played the part of Enjolras in Les Miserables at Det Ny Teater in Copenhagen. During the winter of 2010 and spring of 2011 he played Fieyro in Wicked at the same theatre. He has been a guest at many concerts all over Sweden and Europe and has also participated in TV and radio programs on several occasions. He also has been recreating some of the characters of Disney cartoons as a Swedish voiceover artist. For 6 years he was one of three members in the crossover vocal-group Eclipse. In 2011 they released their debutalbum ECLIPSE on SONY MUSIC. In 2016-17 he joined the new Swedish production of the Phantom of the Opera as Passarino and U/S both Phantom and Raoul. He made several remarkable performances as the Phantom. 2017-2018 He played Raoul in Phantom at Göteborgsoperan. 2018-2019 he was alternating as the Phantom in Copenhagen returning to Det Ny Teater. Later in 2019 he was asked to join The Phantom of the Opera World Tour as an Emergency Cover Phantom. 2019-2020 he performed as Gaston in Beauty and the Beast at the Malmö Opera.